I have a soft spot for Chimichurri. It’s tangy, spicy, and perfectly cuts through buttery meat. I can’t say that I enjoy parsley on its own, so I always add just enough cilantro to downplay the parsley flavor (Cilantro is the star of every dish for me. See: Pho, tacos, e.t.c.).

Most recipes for roasted rack of lamb don’t require searing the meat before going into the oven, but I think it’s the most important step to lock in color + flavor. No regrets. 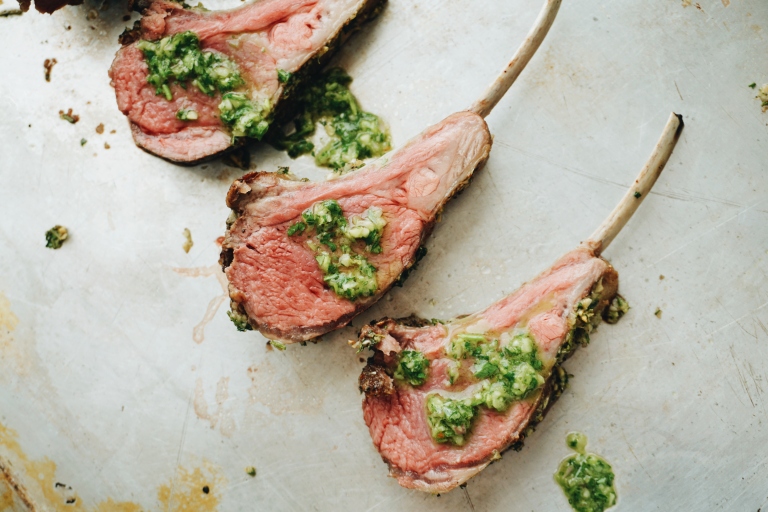 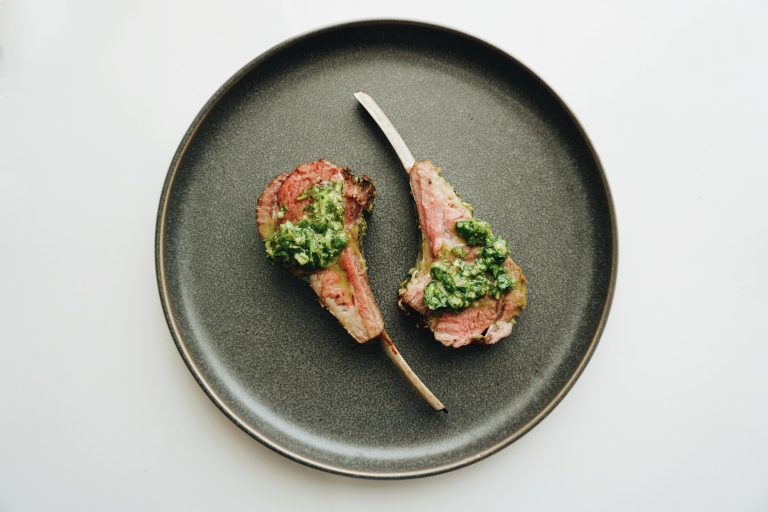 Disclaimer: I rarely measure ingredients when I cook. Most of the measurements on my blog are arbitrary and estimated, with the exception of baked goods.

2 thoughts on “Roasted Rack of Lamb with Chimichurri”

challah worms, braiding technique by @besondersgut !!! 🍞 #f52community
NO CHURN S'MORES ICE CREAM 🍦Whip 1 pint of heavy whipping cream until it has soft peaks. Drizzle in half a can of condensed milk and a splash of vanilla. Continue whipping until it forms medium-firm peaks (do not overwhip or you will make butter). Fold in the toppings of your choice (s'mores for me). Pour into a container. Freeze for about 6 hours or more. You are welcome.
🐟🐟🐟
Instant Pot pulled pork and all of its best friends: Homemade rolls, quick pickled onions, grilled corn, slaw, and an impromptu hot mustard sauce. Oh, and Sweet Baby Ray's.) 🌽
Spiced apple muffins and maple glaze 🍏🍎
Furikake > Everything But The Bagel Seasoning 🍞 [Used the Cheesy Everything Buns recipe on my blog, minus the cheese, and swapped the seasoning]