Honestly one of the worst feelings is when you buy an entire bag of unripe avocados, and they ripen overnight, all at once. Good thing I’m from California and Californians use avocados in everything. It’s the most versatile fruit (it’s a FRUIT). 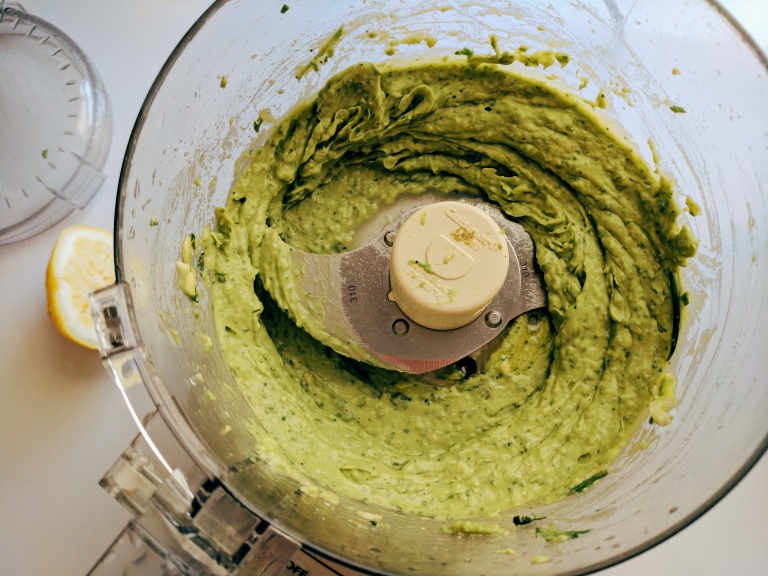 Ideally, I would’ve used avocados and basil as the base of this pasta sauce, but our basil plant is completely wilted. So I used green onion and cilantro instead. Not the taste I was going for, but still a taste. I processed together the flesh from two avocados, juice from half of a lemon, a garlic clove, two green onions, and a handful of cilantro. I let the processor run while I drizzled in some olive oil and salt/pepper.

I marinated some defrosted shrimp in a bag full of olive oil, garlic, lemon juice, Tapatío, and salt/pepper. After about 15 minutes (definitely not enough time for optimal flavor seepage), I skewered the shrimp and threw them on the barbie (grill pan) until they were orange and opaque. I also grilled some oiled up heirloom tomatoes, which are also fruits. Meanwhile, I accidentally overcooked some spaghetti noodles.