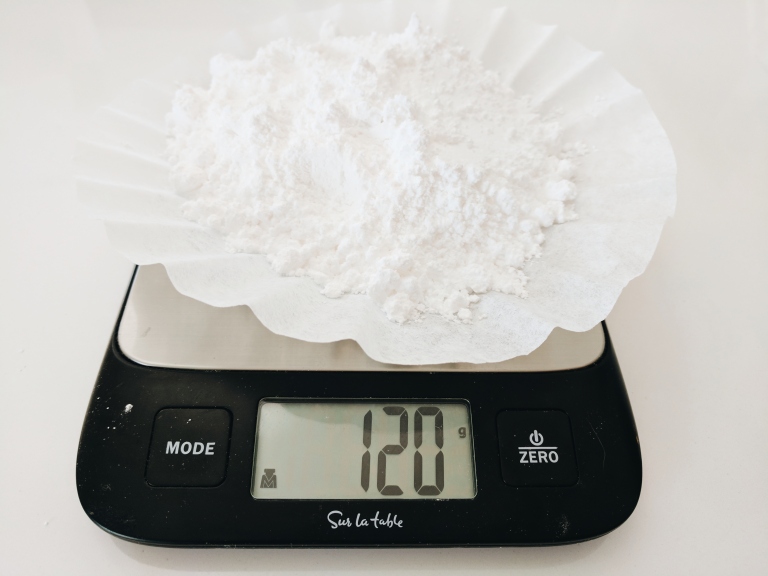 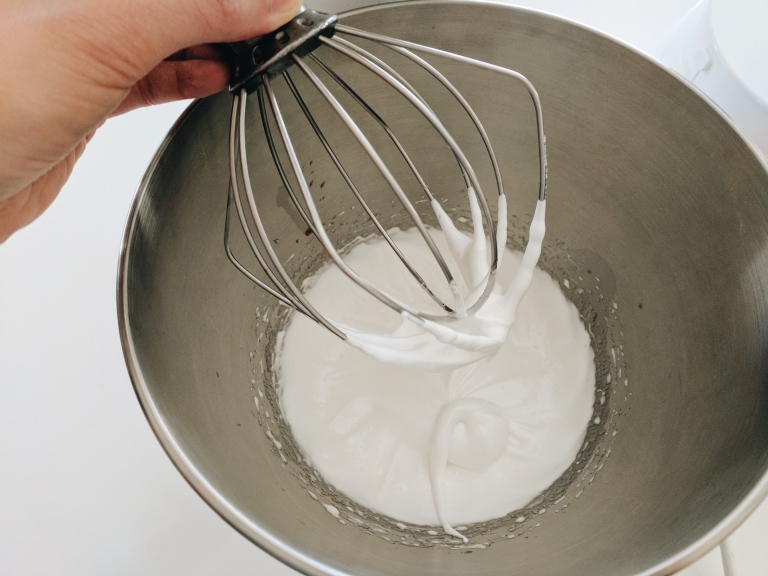 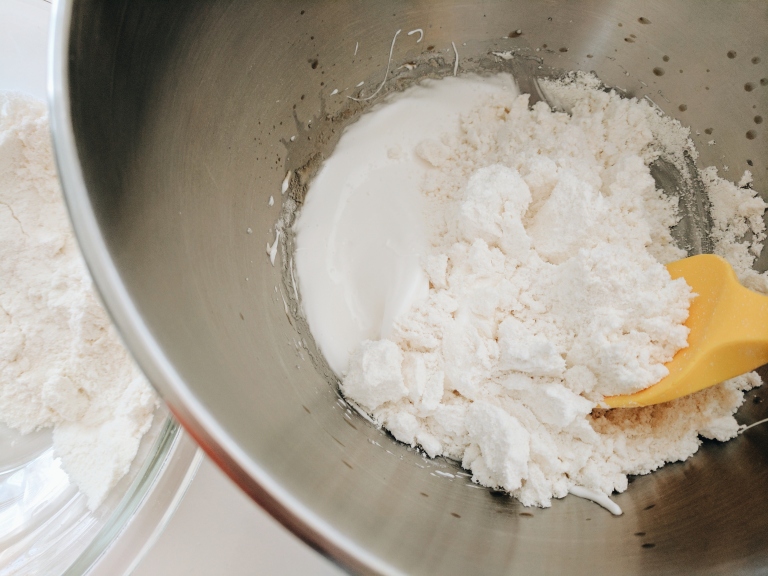 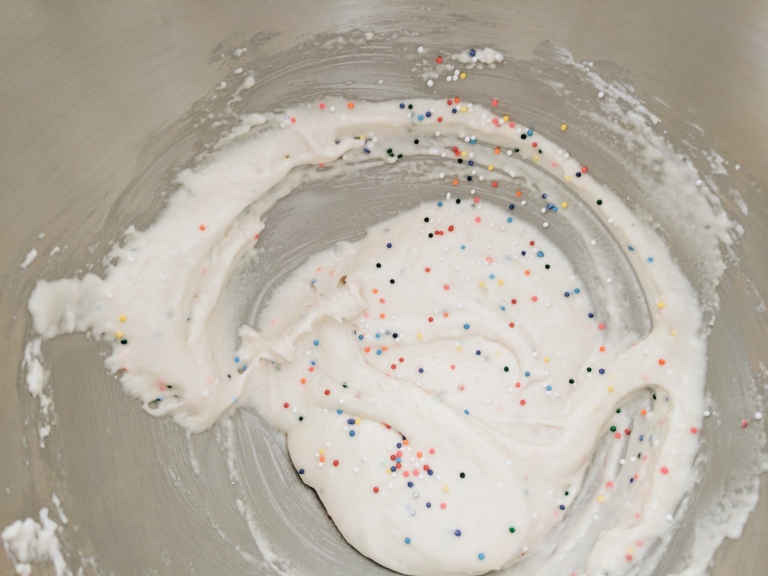 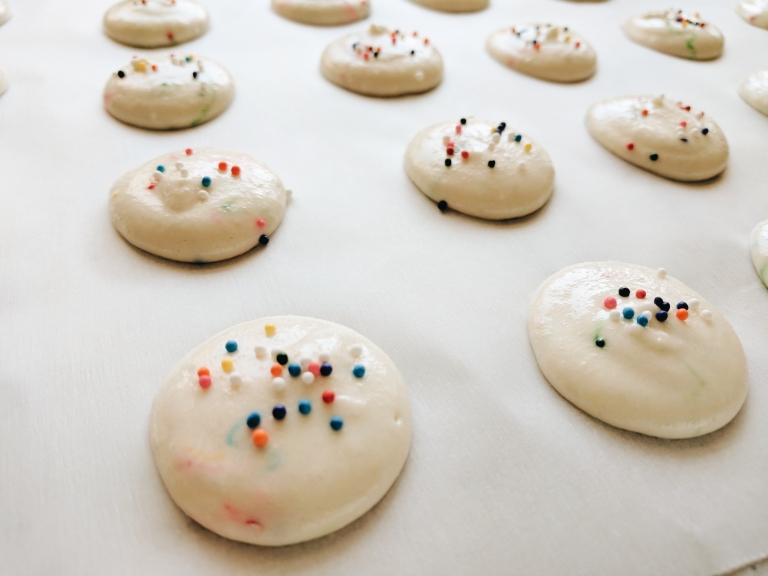 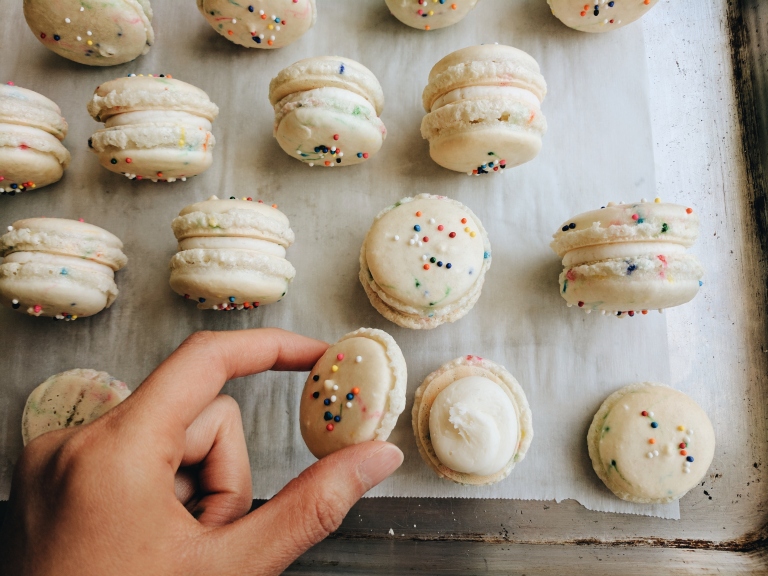 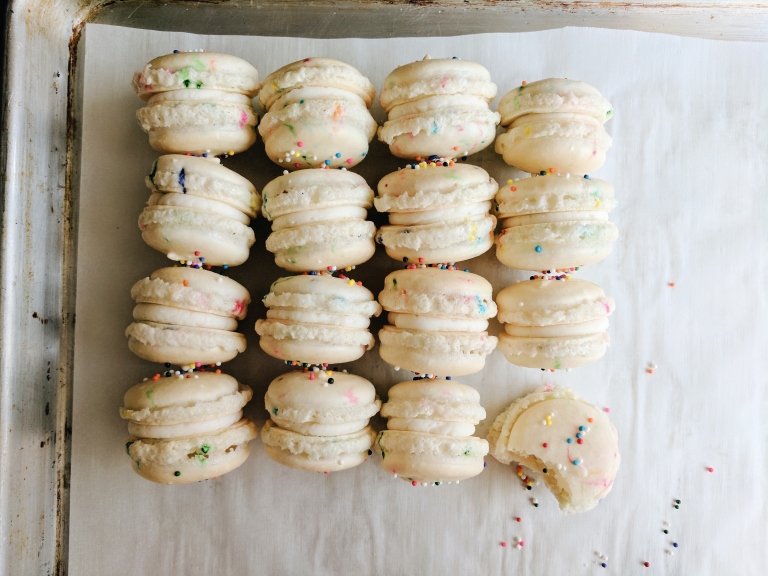 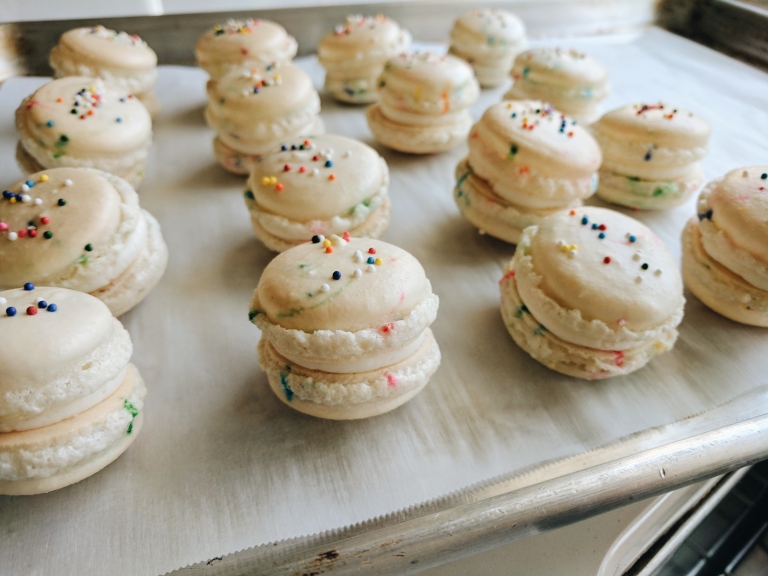 Macarons are a finicky food to make. So many factors determine whether macarons will turn out or not (temperature, humidity, weight measurements, etc.). When I first started making macarons during my college years, I lucked out every single time. I had fun creating different flavor combinations. Coffee shells with Kahlua buttercream, raspberry shells with lemon buttercream and berry preserves, cayenne cocoa shells with chocolate ganache, Earl grey shells with lemon and honey buttercream, and many more. I don’t even care for macarons, I definitely have more of a salty tooth than a sweet tooth! I kept making them because it was a challenge and I love proving a point. Around this time last year, I decided to try doubling a recipe, since one batch will typically only make 12-18 macarons. I should’ve known better than to alter a macaron recipe. It was my first ever failed batch of macarons and it was a huge blow to the ego. Today I tried to redeem myself, only to toss yet another failed batch. I took note of all of my failures (overmixing, using the wrong sized piping bag tip, low oven temperature) and tried again. The second batch turned out a little better, as pictured. Not pictured are the hollows of each shell, which is not a favorable macaron trait. Nobody’s perfect!!!
I measured out 70g of almond flour and 120g of confectioner’s sugar. Then I combined them and processed them in the food processor, and sifted out the clumps. I started beating 2 room temp egg whites on low, gradually adding 1/4 cup granulated sugar and a splash of vanilla. Then I turned the mixer on high until glossy peaks formed.

I folded the dry ingredients into the eggs by scraping around the edge of the entire bowl, cutting through the middle of the batter, and repeating about 40 times. When the batter felt ready (seriously, you just have to know), I folded in some sprinkles.

I piped 1 inch circles on parchment paper, and rapped the pan on the counter a few times to help the macarons spread and to pop any air bubbles that might’ve formed. One of the most crucial steps is to let the macarons sit, undisturbed, for at least 30 minutes. This will allow the batter to form a shell, and to help it grow ‘feet’ in the oven. A humid day can ruin this step!

I baked the macarons at 305°F for just under 14 minutes. After cooling, I sandwiched the shells with a quick and easy vanilla buttercream.

I am almost certain that I have at least 2 new cavities after eating a few of these.